“Hot” serves as YSL Records label mates Young Thug’s and Gunna’s braggadocios and triumphant ode to their lifestyles. The song is the first of the two Gunna features on So Much Fun, and quickly turned out to be a standout track of the album. Over a horn heavy instrumental provided by their frequent collaborator Wheezy, the two Atlanta natives trend bars and detail their status in the music industry.

Everything litty, I love when it's hot
Turned up the city, I broke off the notch
Got some more milli's, I keep me a knot
I created history and made me a lot
He tried to diss me and ended on Fox
We call them chopsticks 'cause they gonna chop
Took her out of Follies 'cause her pussy pop
I run it like Nike, we got it on lock

Cartier eye
I'm the bossman in the suit with no tie
I can't be sober, I gotta stay high
Pour me some syrup in a Canada Dry
Ridin' in the spaceship like Bonnie and Clyde
Don't worry, baby, I keep me some fire
Shenenehs and Birkins, she cannot decide
The latest Mercedes, her go-to surprise

Don't sleep on miss lady, her pussy a prize
Diggin' her back while I'm grippin' her sides
Bigger Maybach, this ain't regular size
We really fly, we like pelican glide

What do you think Hot (feat. Gunna) song? Can you share your thoughts and listen experiences with other peoples?

I make Forbes every year lil babyyyyy! everyone on here hating is probably a Taylor Swift fan. Young Thug is a lyrical God.

I must say, Im old school when it comes to rap, cube, biggie, pac....But Young thug has grown on me. His background sounds, music, change of voice, change of harmony is OUTSTANDING!....SHEESH!

Thugger has done it again 🔥🤝🤓

I've become used to Young Thug re-inventing his sound on every project. When I became a fan, he was a sharp-tongued, squealy-voiced rapper with a crazy nack for finding interesting flows to use. With every major project he seems to take his talents a little bit further, experimenting with non-traditional song structures and interesting melodies that stretch over bars in a way that sounds emotional rather than calculated. His unique approach has inspired a younger generation to follow in his footsteps, as well as he has inspired producers to make beats with melody close in mind. What we have now is So Much Fun, which is essentially the polished version of Young Thug. We don't have as much experimentation as we have come to expect from a Thug album, but what we do have is a showcase for what Thug has done with his sound so far. The album is phenomenal, front to back. Even if you're an 'old head' who has hated mumble rap and everything about it, I would urge you to listen to this album. I have seen more people go from hating Young Thug to loving him than I have with any other face in rap.

Young Thug has been a hit and miss for me since he has been out. Some of his mixtapes were dope, while others not so much. That Barter 6 album/mixtape, whatever you want to call it was not the best. I must say after listening to this album, it actually is pretty good. All the beats are dope and the features are great as well. I do wish Thug would not used that high pitch voice in some of his songs because it is definitely irritating. Other than that, this a solid body of work. I can definitey work out to this or just ride around in the whip with this playing.

Amazing through and through, by far best album of 2019 so far

🤢🤢🤮 Get your money back on that Ecstasy MGK track... MGK Verse is TRASH!!!

So much fun = project of the year 🐍

Kkjskjdnfjdnf - best album of the year

Shocked at the bad reviews. Ppl love to hate. Best project from Thug in awhile.

Definitely gonna be bumpin this throughout this whole year 🔥🔥🔥

kingcrit - Thugger Thugger is back!

Very solid album. very proud of all that Young Thug has done and is continuing to do. 🔥🐍

If I could give it zero stars I would.

Used2luvtivo - One of his best projects!

I love this a lot!

All these ppl complaining that the album is trash shut up this is one of his best albums he’s put out!!! SLÂT SL__aT

Almost up there with JEFFREY and Slime Season 3

This album is decent what u mean dude

No skill whatsoever but then again that’s all the rising stars people must like this.

SSq ever been in in the morning up

Jasiahh - Intelligence is required for this type of music.

Solid album and might be thugs best work to date.

Great sound, great beats and great features. Really enjoyed the allnum a lot i recommend it to anyone who's a fan of Thugs.

Trevious johnson - A lot of HATERS

Don’t like don’t listen nobody cares about your opinion 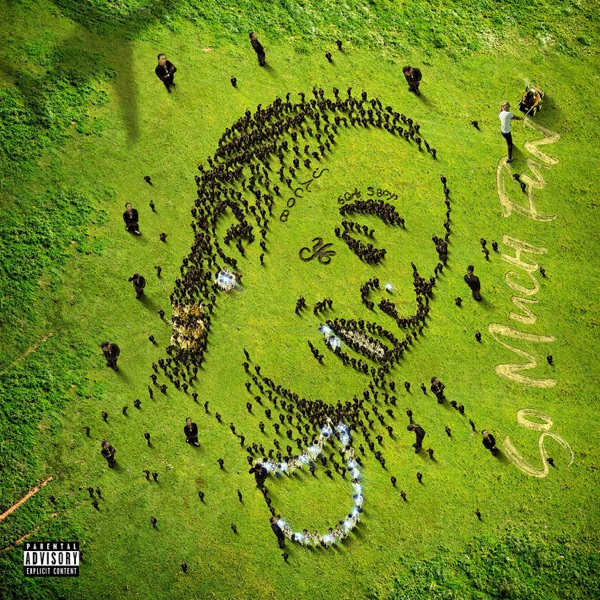 So Much Fun Song Credits