I used to jump off the back of the bus (Yeah), now I jump off of a jet (Yeah)
I used to tell the lil' baby, "This us," then I got over the shit
I used to like her, but now that I love her
The way she was drankin' my spit
Your bitch cheatin', she under my cover, we cuddle and shit

Now shawty say she wanna suck on the tip
I'm 'bout it, baby, I want all four of your lips (I'm 'bout it)
Ex-college girl, she can suck up a ship
I eat molly and I take this bitch on a trip

Ayy, shawty, ayy, darlin', ayy, baby girl, suck my private
Close your eyes, it's just me and you and nobody

What do you think OUT WEST (feat. Young Thug) song? Can you share your thoughts and listen experiences with other peoples?

Only three good songs & two of them have Don Toliver .. 🥴

Best of the Best

This guy is so lame, acts too tough for his music being so trash.

Goddamn this is hot garbage, feel bad for the kids that this is what they r putting out as music now

What is "New Music Daily" if they only change less popular artists songs daily, but not popular ones like these? It's a sham & a scheme to get more popular artists more attention. Ridiculous.

Not great but could be a lot worse. Could be a Miley Cyrus, Taylor swift, or any country artist album.

First... this album is “NOT JUST TRAVIS ALBUM ” so all the people saying this that there isn’t enough Travis in it or worst Travis album. This album is him starting to groom the next generation of artists, that’s one reason why he made Cactus Jack label to do this. He’s using his superstar fame to so us the next generation soooo JACKBOYS is easily a great to end the year! Showing us that sleeping on Don Toliver in 2019 was a mistake! Big things from H-town Don. 2020 is a year of being less toxic so shut up and enjoy listening to JACKBOYS!

What an artist! Absolutely love the music and production. What To Do is my fav track! Keep doing your thing Travis, art is subjective and there are a lot of closed shallow minds on here.

I loveee the album

I fw Travis music but when this came out I was hoping it was good, but not much of Travis appeared, album needs to be better and this ain’t to jam in the car with

Good production, lyricism is meh, has its moments but it's not all there.

I suppose this appeals to someone who didn’t graduate from middle school and drinks lots and lots of Mountain Dew as an adult living in their parents basement. But no one else.

Love this! Like the collaboration with Rosalia!!!! Travis is Fire!

What happened to rap

Not creative and very repetitive

Gotta Cut Sheck from the label

Nothing here is really bad, although the last track Gatti is annoying, but nothing really stands out either. If you like the Travis Scott sound you’ll probably enjoy this album, but I didn’t hear anything here that I would return to personally.

suthrn-boi - Next more of that sound from track 3, rider music.

Track 1 and 3 are the only one’s I’ve download. Track sounds are catchy, still trying to put together the lyrics, but at least the sounds you would recognize if it was an instrumental. Rider music! Need more of it on their next album.

Lack of raw talent and effort

Wasted time and money. Anyone can sing/rap and have themselves sound good when you have a vocal enhancer. What happened to REAL MUSICIANS who not only composed the music and lyrics? Seems as though anyone can claim to be a rap artist if they have a voice! This and other so-called music is absolutely the worst crap coming out of the new and pop culture in today’s society? ( NO, Disagreeing doesn’t make me a racist so before you say it, just shut your own mouths instead and do some positive with you lives instead of living with this victim mentality! Thanks and God Bless the U.S.A.!

Travis hasn’t been the same since Rodeo, lots of overproduction and stitching from producers to fill in and make things sound catchy. Don Toliver is the best part of this album and seemingly isn’t the only one who has lost touch with their original style, he has raw talent.

wish there were more songs

Completely ruined “Highest in the room” This sound rushed

This is so litty

Don’t get the hate this fire!

Mrphantastico - hate all you want

but this is quality street music no matter what

This new album is now where near disappointing, even at seven tracks the impact is impeccable 🥵

Keep up the good work period.... 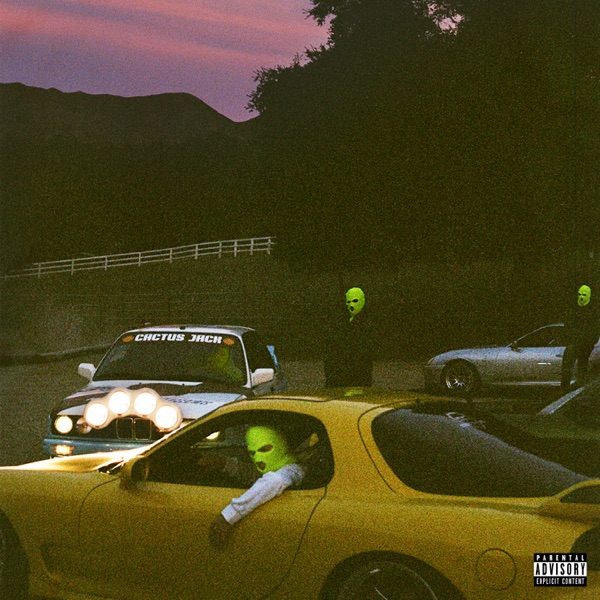