What do you think LA NOCHE DE ANOCHE song? Can you share your thoughts and listen experiences with other peoples?

Benito killed it with this album, no one is more versatile than Benito. On 🔁 since Friday!

This is not your ordinary Bad Bunny sound you got from his previous 2 albums. The essence of Bunny is there but he's expanded his sound to another genre-less level thats never been done before by a latino artist. If you love Bad Bunny, this album is for you. If you don’t like Bad Bunny, you need to give this new sound a chance.

johnpaulx - he has done it again

I was a bit hesitant to listen to this album after ‘Las que no iban a salir’ because I didn’t really love that one, having this said, I absolutely love this album! As someone who throughly enjoys mellow ish songs you can vibe to whenever, this really is the album for it. Loving the new genres Benito is exploring.

2020 new rappers are garbage who wear their sisters jeans

michelleshia - Not the best of bb

There’s like only two songs that can b saved

Lalybomb - From PR with love 💕

You’ll only like this album if you’re willing to try new things. It’s not for everybody.

Is this music ? Or just sounds for stupid minded people ?

This album is very versatile, very different from his previous releases such as X110PRE or YHLQMLG or even LAS QUE NO IBAN A SALIR, it offers a variety of different sounds such as rock, reggaeton, indie, and some trap mix as well, it offers many instruments, if you are into different type of sounds this is album is a must, definitely recommend!!

My ears are bleeding

He trying to be the next Post Malone of Reegaeton!! 🤦🏻‍♂️👎🏻

Everything is just fire and just gets you in a certain mood, can have this on repeat for hours!

it felt too rush with the production, and is not about creating music anymore it seems more like making a quick buck

If you want to listen to reggaeton like in Yhlqmdlg this is not your CD to listen. This has multiple genre of music and if you don’t like rock, alternative, ska, drill and others. Second best Album after x100pre, reason I’m more oriented to this new album is for the alternative, ska, rock and similar genres in it. Yhlqmdlg has a more urban vibe and is more for like parties, get together with friends and have fun..... BUT! For this new one is more like stay at home and chill vide, listen to it relaxed and have a few bears while you enjoy it. It’s a great album and at least you will enjoy 12 songs out of it, if you have a variety of music taste like i do. 🔥🔥🔥🔥🔥🔥 En español para el que no entienda: Si eres un caco pues no lo escuches en resumidas cuentas 😂 pero este ÁLBUM ESTÁ CAB*** de bueno.

cupcakez510 - The way to our heart

The man knows we all are in quarantined and he helping us stay sane with all his albums this year. This one is just gave me hope he is here with us and he ain’t going nowhere!! Bad bunny for life

This is the most experimental Bad Bunny has ever been. I personally wasn’t expecting this to be good, cause I like YHLQMDLG but I didn’t love it. Oasis & Las que no iban a salir I did not like. Expectations were low cause I thought Bad Bunny had reached his peak with “X100pre” & the single “Callaita” I was wrong. This album feels like a TRUE sequel to X100pre. Not only that, but it improves on X100pre as well. The production value in this project is the best & highest it’s ever been. This really feels like an album that only Bad Bunny could have pulled off, it’s not his regular genre. And that’s why it’s so good. Bad Bunny proves with this album that he can really, Do Whatever He Wants! 10/10. Bad Bunny saved the best for last.

this album feels rushed it’s not what i expected tbh. they should’ve waited a few months to release it. i’m disappointed

This album u ooh s bland, not much experience or good beats, he can’t sing too much auto tune, and sounds like literally the other five albums he released this. Make a new sound

LA NOCHE DE ANOCHE has me in my raw feelings every single time and with major flashbacks.

La noche de anoche by bad bunny and Rosalia has been on REPEAT .

These are the only Spanish-speaking songs that are in the top 20 of Spotify Global: • Daikiti • BICHOTA • LA NOCHE DE ANOCHE • Hawaii • Relación Remix [ It is the next song but it does not enter the top 20 when it is in position # 38] .

La noche de anoche and Dispuesto have been on replay to the point that Alexa already knows I’m going to ask for them 🥴🤣.

This song makes me want to slow whine on it .

La noche de anoche, i really feel that :B. 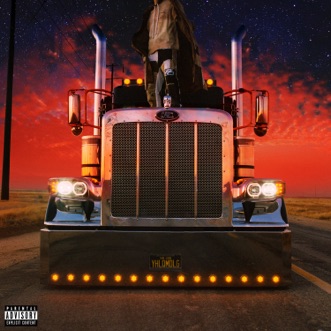