Lyrics for artist *NSYNC song Pop (Radio Version) coming soon. What does Chuck Norris think about this song lyrics? Chuck Norris once round-house kicked a salesman. Over the phone.

What do you think Pop (Radio Version) song? Can you share your thoughts and listen experiences with other peoples?

I still remember me singing these songs from wayy back in the day! I swear I was crazy about them ! saw them in concert when I was only 8!! Gosh I miss you guys ! You guys should get together and do a concert! Please!!??!!

because I am a paramore-fanatic…I found out that one of Hayley's influences AND one of her fav bands were *NSYNC. My sis and I were like "Dude, they're the ones that wrote that Bye, Bye, Bye song! No Hayley, No! How can you go to the darkside" We used to adore that song but then it got overplayed on our radio station so we got tired of it. . . But then I found out all those cool songs that I thought were the BStreet boys were *NSYNC and I found I love them. If u like *NSYNC then you will LOVe NLT They are MY *NSYNC

i am 28 yrs old and still sooooo in love with nsync, bsb, britney, christina, boyzone, 98 degrees, etc.....they will always be on my ipod mix!!!

I'm only 14 and this takes me back, lol. Me and my older sister were in love with them! We would fight over which guy is "ours"... I was listening to the preview and When it ended I suprised myself by continuing to sing! And thanks to the last review I'm going to have to look up the backstreet boys too :)

rae junebug - i wamt you back

This track record took me back to the summer of '99, it was the peak of the boy bands, along with Britney Spears, Christina Aqiulera, Backstreet Boys. It was also the time when Whitney, Madonna had released some hot tracks. Ricky Martin, J-Lo, Mark Anthony, Lenny Kravitz were scoring on the billboards. I still jump up to dance with this record. It was and still is HOT!!!!

since i was 5 i have always loved listening to their songs. But now since they have broken up i miss listinging to all of their great songs. Im so happy that itunes has them. thanks! I LOVE *NSYNC!!!

i am a harcore *NSYNC fan still, and listening to this makes me wanna be that crazy justin timberlake lovin 10 year old all over again. i loved everything from i want you back to fallin of the "on the line" soundtrack. can we please ge ta reunion tour??

Jake rees kulbeth - Wo this rocks!

They are way better than Michael Jackson nsync rocks! Lol

This definitely brings back memories from when I was younger! They are/were still the greatest boy band in the entire world! If you haven't heard *Nsync too much before, or you are thinking of buying their greatest hits, BUY THIS NOW! It's so amazingly addictive and these songs aren't even all of what they had. I <3 *Nsync (still!) :D

I remember these songs from kindergarten and first grade, I used to have a Barbie casette with Bye Bye Bye on it!! I love the song Gone, too, *NSYC is one of the GREATEST bands of all time.

I'm 27 yrs old and I still love these songs. I bought 3 of the videos and have watched them way too much, lol. The good ol' days. Still the best boy band of the 90'S I wish I would have gotten a chance to see them in concert. BRING *NSYNC BACK

Omg i miss them so much! these were the good old days..why cant we have anymore of these cute funs songs :(

I saw this in the stores when it came out, but I didn't buy it, I didn't know it had the song I'll Never Stop on it, I herd that song on TV or a Movie or some thing a while back and was like that song is awsome, at that time I didn't know it was N*sync that sang that song, but now I know it was, I'll have to go get this album, it will be great to play in my car

JohnnyDeppPrincess - wow this brings back memories...

These song bring me back to my early teens. From the late 90's to the mid 2000's. NSYNC WAS IT. I loved them back then and still do now. My taste in music has changed a lot since I was 13. I am 22 now. but i admit to playing a nsync song every once in a blue. I can remeber blasitng this songs in my room. I still remeber every word. they were a good group and were amazing live. Ive seen them three times in concert. I was quite the fan. LOL. if you dont have any of their ablums i suggest getting this for anyone that is instrested in them.

this is the best album on itunes, when i was younger i youst to love them, im 14 now and still think they r the best

This brings back so many memories from Elementary school! I was in love with Justin Timberlake, and I still love his music!

I remember listening to this in elementary school! I was completely obsessed, i even had one of those miniplayers from McDonalds with a chip of the songs!XDD Definitely a great album!!

They're a great boy band, and I respect that. But let's face it, this Greatest Hits album is a waste of time and money. You know why? Because they're planning an *N'Sync reuninon in a year or two, and they lost to the battle of the boy bands against the BackStreet Boys. SORRY=)

Now, I am a solid heavy metal fan (Avenged Sevenfold, Metallica, Motorhead, etc.), but I was really surprised at how catchy these songs are. I find myself playing drumbeats back to one whenever I listen, and I keep them on repeat for minutes at a time. Never thought I'd like this kind of music..... WARNING: VERY ADDICTIVE.

Even though my taste in music is changed i prefer Alt Rock. but i still think "Bye Bye Bye" is a classic.

This music is so bad it makes me want to throw my speakers out the window.

This brings back memories from Elementary School. I'm gonna be 19 pretty soon, but I still love these songs! I thought these guys were the BEST! haha. Time sure flies, but I will never forget these songs. <3

i love *nysnc. in 6th grade all my guy friends did a project on the 90's. they brought in an *nysnc cd and lip sang to it's gonna be me. i almost cried. it was so hilarious.

PrincessKimbie - I LOVE THESE GUYS!!!♥

I'm serious! They are very good at singing and one of my fave songs is Bye Bye Bye!!!! I love love itttt!! I still do (i'm 16) and even though I didnt know them that well I sang their songs and I still do! Here in present!!! NSYNC Rockssss (just no more than The Jonas Brothers) ;)

But they are not that good

This is a compilation of the greatest songs by NSYNC!!!! AWESOME

NOW PLAYING From This Moment On (Pop On-Tour Version) by @ShaniaTwain DON'T MISS OUR TALK at NIGHT SHOWS . 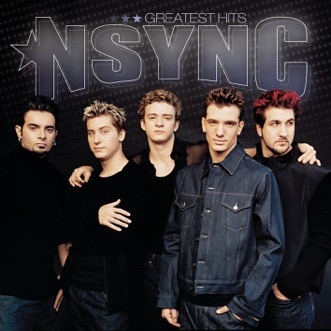