Turn Down for What by DJ Snake & Lil Jon Song Info

DJ Snake & Lil Jon - Turn Down for What song info will be updated!

Do you love Turn Down for What (DJ Snake & Lil Jon) song? Please share your friends!

DJ Snake & Lil Jon - Turn Down for What Song Lyrics

DJ Snake & Lil Jon - Turn Down for What Song Comments

What do you think Turn Down for What song? Can you share your thoughts and listen experiences with other peoples?

DJ Snake & Lil Jon - Turn Down for What Song Reviews

it's all about making you want to dance and the beat dropping! It's a CLUB song for a reason. It's not supposed to be deep as "Lana del Rey" or even mean anything. It's supposed to make you dance and laugh and turn up.

Really great beat, music, you never get tired of it

This song needs more than a few lyrics in it. So keep working on it.

tehspuddypotato - not supposed to be a normal song

This is supposed to be a hardcore party song, that's why it's so simple with only 2 sentences in it.

It's really good and I'm addicted but there are only 2 sentences in the whole song other than that. TURN DOWN FOR WHAT!!!

love the lyrics they're so deep

Someone who is nobody - Pointless

Wow, they must have spent days coming up the lyrics.......... NOT! I'll give them props for brainwashing every boy at school but otherwise, trash

This is a little old but has a great beat

The music nowadays seems to be crapped out the rear end of creativity.

Homeboy320 - Awesomeness to the max!

Me and my friends sing and dance to it all the time in school and on the buss it's like a party when someone turns it on.

Cmdr.Javik - This is not music.

There is no talent within this. I can't call it music, while this song is causing my ears to bleed profusely. All the primitive rap artists are not true musicians if they can't seem to link words together.

This song gets me pumped! The timing and breakdowns really make this song an anthem. So glad i bought it!!

Great song to get the party going...

Jenny could you come back home - Um

Great beat! Very catchy. Another good one is Too turnt 2014 by TaC IV, check that out.

The bass will melt your face off. Pretty sweet. I want this played at my funeral.

I hate those people who are like "ugh, music these days" yeah , it's the 21st century , this is music . deal with it

This is just an annoying song that sounds like it was written to be annoying. Why is this so big now? There is no talent. He was probably thinking I am going to makes tons of money for no effort.

Kitkatmeow45 - This song is a turn down

middle schoolers thinking they're so "thug" listining and singing this lol it's just annoying. And anyone can say turn down for what and call it a song 💩

I think its awesome its a rap guys who cares if its repeated over and over its good or maybe 1 star ratings should get hearing aids👂👂👂👂 or maybe u guys r dead💀💀💀💀 To me i think it sounds different every time it is repeated CAUSE I DONT TRY TO PAY ATTENTION!!!!!!!! WERE NOT MUSIC CRITICS HERE!!!!! I think there going to be rich and look down at the one ratings and soon find out that u rated 5 stars💵💵💵💵💸💸💸💸

Give it a one? Really? :- this song is AWESOME! You're missing the point! 1920 Music was HORRIBLE! No talent then! Today music is infinity times better!

Probably one of the worst songs ever released. Every time it comes on the radio I want to drive my car off a cliff. If you like this song you take the L

I love the beet its like its better then rap

This song does not belong in this category! Such an awful track!

I love the song this is my FREAKING JAM

Robin💜Starfire - TURN DOWN FOR WHAT

Hey dJ snake and lil Jon don't listen to those stupid people who have no talent and say your song is boring.its amazing! It only says (turn down for what and fire up that loud,another round of shots)who cares at least it has a beat drop! Dj snake and lil Jon made our songs come to life just what we need!!!! Thanks! And just to be clear whoever doesn't like this song and says that they just yell in the mic you guys r idiots!!! Turn down for what is better than Ariana grande sings worse than turn down for what :) :)

I just lost all hope for this world?

DarkSpines - This generation of music still has some hope

I’m not a fan of modern music. I dislike it, I loathe it, I hate everything about it. But for once, I’ve found a song that I enjoy so much, I’d dance to it. The beat, its simplicity, and all of the buzz it’s been making. Turn down for what: A song that answers it’s own question of “Why should we calm down?” in one of the most explosively awesome ways ever.

the beat is sick do

do i even have to explain? what is music nowadays omg!

There is seriously nothing good about this! People have brainwashed themselves into thinking this is music. Music is where there are actually INSTRUMENTS! I can't believe people think this is talent and good music.

I loved the song the first time I heard it. High energy and a great dance or workout song.

Guys, come on! Everyone has there own way of singing, and writing music. I think this song is pretty funny! Please, just think about how much money and time it takes to record any song, including some guy yelling. If you are not sure you're gonna like the song, listen to some of it before you buy it! You don't just have to buy it not know what you're buying, and then write and angry review!

Love the song and video!!

Pure crap. Probably one of the worst songs ever. My ears bled after listening to this for a few seconds

biscuit the dog - Why are people hating about this song

This is a trap remix not classical music

It's a pretty good song and the music video is um... "In a pro pro" but funny. Now the bad thing is there's 2 lines, Turn down for what, and Fire up your loud Another round of shots. They probably wrote this song in like 10 minuets. Really good song you should buy. Thanks for reading.

Don’t really care for it but if it fills up the club then its doing its job.

@Roshan_Rinaldi @bobdylan You see, Bob, I get why you would turn down the nomination - but if YOU accepted the nom,…

@123Meerhamza @ICC I know. What's just happened few weeks ago were a nightmare for England: Jos Buttler, from his m…

@JaneWeinmann: For me, a healthy dose of humour helps a lot. The on-off of layers, occasional brain fog and unexpected hot flushes at in…

@tomiwalker_: Next year will be 10 years since I came back to naij. I have a lot of thoughts, lessons, that I want to turn into blog pos…

Turn down someone say them sorry and they will abuse right after you apologise for not being able to do what they wanted. IRONY

@cutiephatootie Yup sometimes it's necessary ! Don't lower down what you need/essentials for someone who's gonna sp…

@perchbird_: Elevators in-game are not elevators. For example, in Turn 7, the entire structure moves down around the elevator to give th…

@Abhinavmir Coercion can be a good thing or a bad thing. Down to who's pulling the strings and for what gain. For…

Next year will be 10 years since I came back to naij. I have a lot of thoughts, lessons, that I want to turn into b…

About Turn Down for What DJ Snake & Lil Jon Song 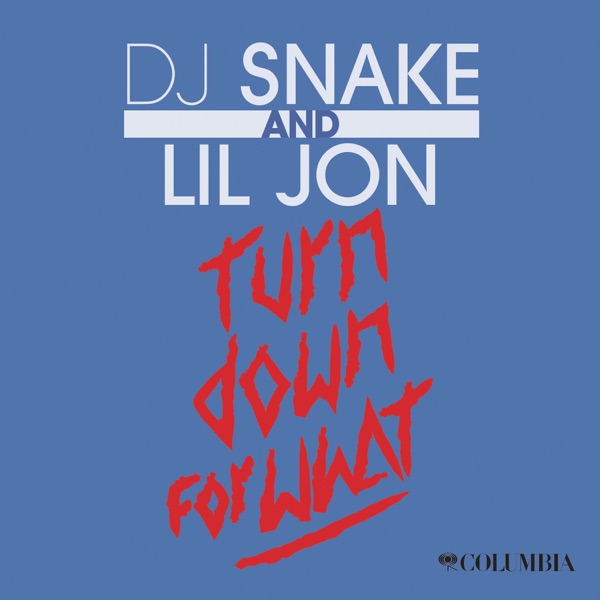 Turn Down for What - Single Song Credits

Turn Down for What Similar Songs