What do you think Grown Woman (Bonus Video) by Beyoncé music videos? Can you share your thoughts and watch experiences with other peoples?

She does what she wants. Y’all opinions isn’t required nor desired!

If she is such a “grown woman “ then her videos need to be removed from under Queen’s heading and live here under her own listing. People may call her “queen bee” but she doesn’t hold 1/1000th percent of the talent that Queen still has! Move those Videos! Now please!

SupaDupaSJ - I wish I could just get the audio

This song is delicious, would be great to have just the audio to add to my running playlist.

Not impressed, this kind of music isn't my thing..

The edit tho, 😍😍 amazing

ICUNurse/Cardiac - The time is now

Thank you B. Women need to know that it it is no longer just a man's world. Men are needed, they are desired adn respected, but women are as equal to them. Women hold the future, and I say this as a history buff, only because the greatist ruler of our known history, Queen Elizabeth, ruled the Golden Age. We fight now against the people that would silence our Science, our Knwoledge. Women can only take this march. Men are silenced dut to monitary influence.

I liked how it sowed her as a yong gril

This has to be my favorite song and the ending is just flawless.

How did she (when she was young) know this song? I'm confused but great song

OMG I LOVE IT SOOO MUCH!!! THEY SHOULD PUT THIS SONG ON SPOTIFY<3

this is my favorite song and music video, bravo!

This song was released in mixtape form you’ll have to download that off the internet. It’s called Unreleased it has some of the parts she used for the Beyonce album and some different songs from recording sessions during older albums. It’s worth a listen but this song stands out the most. Great song and I wish I could’ve downloaded it from iTunes too but its ok… I guess.

Bella F - Beyonce is a freak

This is not beyonce

please make this song available to download. it's so different from the songs on the new album. I've been waiting since the Pepsi commercial last year

I was so shocked ..anytime my iPad was close to me I was watching the video .. Queen bee👸 out did her self 👏👏 but I have to say the last part looked like a Yoruba juju scene on african magic 👀😂😅

Beyoncé is a grown women and can do what ever she wants... Like drop a ABLUM out of now where , go head with your bad self KING BÈYONCÉ🐝

The club mix is the BOMB

Mikky Blue - Amazing Song and Video! But should stay a bonus video.

Great song and video. I really wish this was on the album. Totally unqiue how she changed the lips of her old home videos.

I like how your home videos have been able to reinforce your mission statement. I think you are a very talented and disciplined artist and this video is great! Hey, Beyonce remains the most BOOTYLICIOUS fashion icon on the planet!

I love all of the video's beyonce did :)

This needs to be a single. I'm in love it's brilliant.

For reallll I need this to be a song, video is cute but Im trying to Jam while doing my fitness!

This is one of my fav songs from Beyoncé since Love On Top!!!

This is a really creepy video.

LJMS - At the Top of her Game

King B at the top of her game! She should have released this as a special digital only release!

I would love to be able to download just the song too :)

Another great video by Boynce!!!.

The only woman to release a music video and not the actually song. I love her.

@Amazing (the comment) Please tell me you are not serious

It's amazing how this video reached number 1 on iTunes but there's no official release. PEOPLE LOVE THE SONG! I been said that it should have been a single ;(

Such a cool idea! One of her best videos

i can't understand how young beyonce sing this song!!

Love Beyoncé! And I love how she looks when she's younger! So adorable!

Not one of Beyoncé's greatest songs or videos but still a nice bonus on the Beyoncé album.

I'd listen to 360 prize of fame my whole life over this once! It is complete garbage Beyoncé you can do a lot better than THAT

i bought this video but it cant download saying the file is Corrupt.. what happens now??

What am I listening to? I'd rather listen to loco by Joel Fletcher and Seany B all day.

It's my fave song out of all the songs. Love it.

Surprised this wasnt a single , it would've quickly went to number 1

EllaBella0004 - SHE QUEEN BEY FOR A REASON

It's Queen Bey how can it not be 5 start. An amazing tune you can sing along to and have fun with!

you can tell its Beyoncé

This would rocket to number 1 as a single I don't understand her decision not to release it! Annoying having to play a video to listen to it :(

This is the best song from album #5, and it wasn't even made a single. Why??

Firstly, the song deserves praise for it's artistic validity to Beyoncé as an artist. It is a powerful and meaningful song yet still can get any person to bounce their knee in rhythmic euphoria. However the video takes it to a whole new level. It displays the "Grown Woman" 'growing' into the fierce, beautiful, ethereal being Beyoncé is today, yet, subliminally illustrating Beyoncé is still very much in touch with her roots. Be that in touch with her family- through the placement of Tina Knowles (her mother), or her Afro-American heritage- through the joyous themed melodies. Additionally, how gorgeous is Beyoncé? (Young and Old). This song and definitely this video is a modern masterpiece due to- simply- it's visual please and it's symbolic authenticity to Beyoncé as an artist, as a "Grown Woman" and as a Legend. I love it I love Beyoncé I love BEYONCÉ

I much prefere the video she played at her Mrs Carter Show to accompany this song, plus it sounded as though it had more bass and more African instruments playing......this is definitely not how I imagined the final song/video would come out, I don't think it carries the same punch,there's definitely something missing? That said, she's a grown woman and will do anything she wants......it's a good tune, sang with great panache, so I'm giving it a 4 rating.

SteffiCardiff - This is an anthem

All I know is that this song is going to be requested in every DJ booth before me and my friends get up and dance.

Tina slays in this

Never Give up on your dreams! A child’s dream is a woman’s accomplishment!! You got this #2021year 🌹🥳🤩 #WomenSupportingWomen Beyoncé - Grown Woman (Bonus Video) via @YouTube. 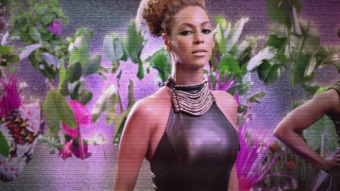