About So Much Fun by Young Thug Album

What do you think So Much Fun album? Can you share your thoughts and listen experiences with other peoples?

ysl lil one stunna - The GOAT

this man is amazing my rap idol...slatt🐍🐍🐍IM FINNA GET IN YSL BELIEVE IT

I not a huge fan of most mumble rap but young thug doesn’t care and his music is fun. Awesome album 7.5/10

Best There Is X - Ace baby

this is pretty hot for a young thug album

This Has Great Beats, It makes me wanna rob myself. It’s So Good That I Tell My Mom To Clean Her Room. That’s How Good It Is.

The most influential artist on the new generation of rappers. Uzi, Carti, Gunna, Baby, etc. All are products of sex!

I hated Yiung Thug u til this album

Pure trash!!! This garbage is for the birds!!!!

Not Sure! Still a lot of nothing being said maybe it’s because he’s still mumblin

Love this album, like half the album in my playlist. Mumble rap isn’t that bad grandpas.

You can’t understand anything he says on the entire album. He relies on his production without it he’s nothing but a Walmart version of lil Wayne. Don’t get me started on the trash features he even added that garbage hillbilly Mgk 🤢🤢

theyylovereshaa - i love this album

i love young thug. he needs to do a collaboration with playboicarti.

No clue what future said on sup mate 5 stars

Great album. One of thugs best

It’s SO MUCH FUN listening to it

This is by far my fav artist and album

A few decent songs, but I’ve never been a huge Young Thug fan so I’m probably not the one to ask. Also, why does the description say Thug emulates MJ ad-libs On Light It Up? Don’t hear it at all 😂

What else do I need to say?

TrvpShad - This is a classic

I’ve been waiting for this Version of thug. Album is str8 flame 🔥🐍 #Slatt

jahangega - This album is amazing but boomers need to stop

The boomers are trying to invade modern day rap guys, us millennials have to stick together and prove these boomers that just because our songs are about money women cars and gangs doesn’t mean they aren’t catchy, to all you boomers, just leave this and other albums alone and go listen to Nf or missy Elliot because they are great artists that may fit your likings

thecalbert - Some of Thug’s best

Thugger has been one of the most influential artists as of late, and even though many newer artists are sounding more and more like young ‘Young Thugs,’ Slime still continues to sound unique. His use of vocal experimentation binds intricacy with delirious, raw, unfiltered execution.

After years of mixtapes, EPs, Collabs, and fake outs (looking at you Hitunes and Barter 7)) Young Thug finally releases his debut album. And it is really good. Maybe a bit of a return to form after his last, big solo Effort BTG. 7/10 slat

Ecstasy the 4 star the rest 1 star

This album slaps from start to finish.

Many people don’t like Thug because they take their initial thoughts as they’re only thoughts. Give it more than just one listen and you’ll soon start to pick up on Thug and his talent. This album isn’t what your personal interest is about, it’s just So Much Fun. 🔥🐍🐍

Deidara and Sasori would agree

“Just How It Is” Stuck On Repeat 🔥

Love young thug, greatest hip hop artist of all time. This album is full of nothing but heat.

Fgifhfrhn all were taken - Amazinggg

xXJesusCXx - As a longtime fan of Thugger

River jack - As A Fan Since The First Mixtape ...

Damn ... I really wanted to love this ... I only liked it. I was expecting something on par with Beautiful Thugger Girls and Jeffrey, but this is more in line with Super Slimy and that YSL compilation record. Although he shows off an improved ability to rap, this album just feels too safe. I would have preferred more of that fearless experimental Thug whose warbled croons can ride a beat in a variety of catchy ways. Instead, Thug has created a fairly generic trap album with a few scattered gems throughout. Hopefully after some replays it will grow on me.

Every song is great in its own way. Thug is one of the greatest artists out there.

Ymyumyum - album of the year

When Thug said this album was all hits he was not lying. Straight hits. Fire

This easily his best work - production is amazing- the difference styles he uses in his voice. Legendary 🕸🐍🔥🔥

Today is gonna be so much fun!!

@JojoRMB It was so much fun!

@melikefrog i love it!!! the colors are so much fun and they look so good??

@AutumnJoiLive: So much fun last night for @woodbigsity 40th birthday roast 🔥 @jemelehill put together a FLAWLESS event hosted by @guyto…

@Purrinhime: Commission for the lovely Espeth 💕 Hamuko dressed as Aerith! Gosh this was such a fun piece, I love Hamuko so much ;//w//;…

@tomyloveshownu: 🐹Now that I think of it, it's late night for many places abroad so maybe not to to the point of screaming but I believe…

@bwaebie jess is such a sweet baby!! they’re so kind and they always make me smile no matter what!! i hope i can me…

@coupleplay3: Sometimes watching is so much fun! We girls like to watch as well boys

@amityisgay: Boscha makes fun of Luz for being human and Amity takes it personally. The game is supposed to be fun, but Amity is deadset…

@NiallOfficial: I had so much fun and a lot of hard moments writing this album and I’m very proud of the record as a body of work.  NOW…

So Much Fun Wiki

So Much Fun is the debut studio album by American rapper Young Thug, it was released on August 16, 2019, by 300 Entertainment and Atlantic Records. The album features guest appearances from Future, Machine Gun Kelly, Gunna, Lil Baby, Lil Uzi Vert, Lil Duke, 21 Savage, Doe Boy, Lil Keed, Quavo, Juice Wrld, Nav, J. Cole, and Travis Scott. The album was supported by the singles "The London" and "Hot". So Much Fun received generally positive reviews and debuted atop the US Billboard 200, becoming Young Thug's first US number-one album. 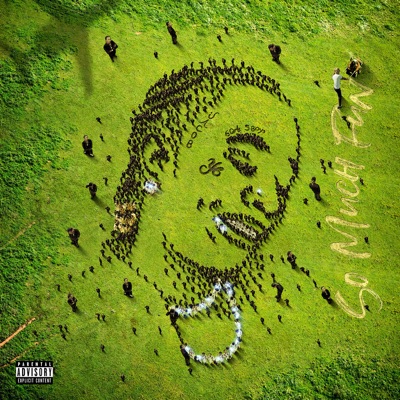 So Much Fun Album Credits

So Much Fun Similar Albums