About More Monsters and Sprites by Skrillex Album

Skrillex - More Monsters and Sprites album info will be updated!

What do you think More Monsters and Sprites album? Can you share your thoughts and listen experiences with other peoples?

Bird Keller - I love it

But I saw nothing more witch is a rock band and they played same song but with less electronic beats Love both songs..... can’t seam to figure out what noting more called it tho🤔🤔🤔🤔

I am a huge, huge, huge fan of Skrillex, and I absolutely love the songs on this! Ruffneck-Full Flex and First of the Year (Equinox) are so awesome! Skrillex is the only true EDM artist out there. His music is perfect for any occasion and he makes me happy whenever I hear him. Even better than the first EP. Listen to it and you'll know why this fan girl thinks he is literally one of the best artists ever.

Bust them sounds and a rudeboy too!

This music is epic

I don't see why so many people don't like this music! My brain melted when I heard this! The bass drops and the changes and serrated noise is what makes this great! Keep it up!

Dlong00 - Skrillex is the best!

This album is one of his best!!

Maki is macaroni - Tis is music

Even thou it only has 3 songs that aren't remixes, still awesome! Also, I just hate those people that say this isn't music. It has a beat/rhythm, verses, a chorus (drop) and it's a good couple minutes. That is what music is. (btw if you reverse First of the Year and lower the pitch, you get a song that Skrillex sang awhile ago. Or just look up Skrillex - First of the Year reversed) X3

Are you kidding me this is crazy why are these songs just a piece of crap it's a ripoff to I bought this album cause I thought I would like it but I guess I was wrong I watched all the videos they were so dumb one of them were just creepy the video about this little girl running and this guy following her its the creepiest video they made its your choice if you want to listen to this crap but it's my choice about my life and my life chooses to ignore this stupid album hate me if you want I don't care:( :( :( :( :( btw if you buy this album you will think the same way.... Don't judge.

My favorite tracks on this EP are First of the Year, both versions of Ruffneck and the Dirtyphonics remix of Scary Monsters and Nice Sprites.

Amazing!! My new favorite song ever... Is First of the Year (Equanox)

In my opinion Skrillex is the best and will always be the best. I payed $8 for the songs and it was worth it.

MattSlash(YouTube) - Mynameisnic isn't a lover he hates everyone and everything!

First year is a great song in my opinion. Although the album is great this one is my favorite. I love how it's a mix of the piano or whatever music and then just dub step.

Just great the only reaction is ((OMG this is awesome))

This song is so good I listen to it about 4 times a day!! Keep up the good work Skrillex!

Love that the Super 8 kids are in it!

Is you ask me it's better than chocolate and a seven day weekend all in one * fist pumps* you gotta get this awesome song :3

Skrillex.....indescribable. Amazing Dubstep and the drops are ridiculous. If your into dubstep, this album is the right one for you.

As someone below me stated, Skrillex just seems to do the same type of a song over and over again. This isn't completely true. He does have some songs different than his usual chaotic bass style songs with screams of terror, bloodlust, and rage. Though when I said it's not completely true, I mean there's a sliver different, most of his songs ARE what I stated. Nevertheless they still sound good. Skrillex is overrated and mainstream and not NEARLY as good as most of the world would make to be. He has some enjoyable tracks especially in this album. I like Equinox more than most of his tracks. Mostly because of the smooth intro. Other than that this album is good-ish only in my opinion.

The drops are funny like from ruffneck full skrillex Vs. Deadmau5 I'd say skrillex sorry deadmau5 umm good job

Oh so awesome you need 2 get it OMG so sick

Skrillex did a really good job on this album

My brain got blown

skrillex will go into to history he is the making of 21st century music . I love him ❤❤❤❤❤✌

Pretty good although he should take the remixes from the Scary Monsters EP and this EP and make the Scary Monsters and Nice Sprites (Remixes) EP. And the original Kyoto-like Ruffneck Bass and Voltage were supposed to be in this but they wre leaked months prior to the release. Great EP nonetheless especially great job on First of the Year.

I love the juggernaut remix

Best drops by by skrillex ever

I don't usually listen to Skrillex, I'm more into post hardcore but I'm INLOVE with Equinox. Js. c: This is my song of the summer. I mean it's perf. :D five starsss.

Well it is all great because I am a huge Bam Margera Fan And He does Dub Step! And Then I meet this guy and he showed it too me and I loved it so I bought but the best song off the album is "the first of the year" <3 thanks Carlos

Not very good want an awesome song by skrillex get the ORIGINAL scary monsters and nice sprites,bangarang,or kyoto 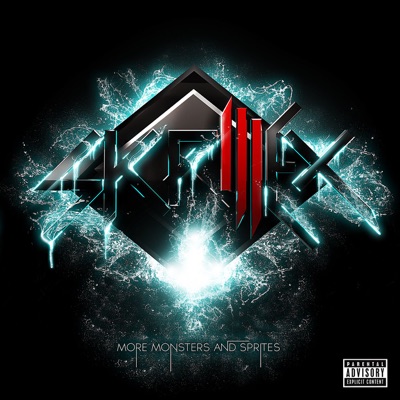