In ‘'Tunnel Vision,’‘ Kodak raps about the corrupt system, facing jail time, and many more issues he’s faced in the past over Metro Boomin and Southside’s production. It was previously teased in live performances, on his Instagram, and in several videos that have received more than 1 million views before the song’s official release.

Glee!
Southside
And Lil Metro on that beat

What do you think Tunnel Vision song? Can you share your thoughts and listen experiences with other peoples?

First of all, let me just say for the record that I do not condone Kodak Black's crimes. What he did was wrong, and I do not agree with #FreeKodak. That said, I do think that all the bad reviews about this album are incorrect. This album had one or two songs that I didn't really care for (Coolin and Booted, Candy Paint) but pretty much everything else ranged between pretty good and great. The beats were anywhere between decent and awesome, and I enjoyed the lyrics to these songs. Day for Day, Patty Cake, Tunnel Vision, Feeling Like, and There He Go are my personal favorite songs on this album, although some may disagree. The guest appearances (Future, Jeezy, A Boogie wit da Hoodie, etc) were all fine, but most of them paled in comparison to Kodak here. Kodak is in his prime, giving us everything he can under the circumstances of his life right now, and I honestly don't understand why he's getting such bad reviews. Sure, he's a little hard to understand sometimes, but so are a lot of high quality rappers out there now, like Lil Wayne and Future. If you're a fan of Kodak Black's music, buy this album. You won't regret it. Score- 8.9/10

Absolutely effing garbage. Stop poisoning your minds with this trash

People don't actually listen to the lyrics and the meaning they just hear his voice and turn it off. His songs tell stories.

Is this a joke? This is an embarrassment to Hip-Hop....

You had the chance to redeem yourself after your false attempt at stating the world's- or more- White people's racist problems saying whites don't wanna see black people become successful, and said they wanna see you in prison. You have rape charges, not rapping charges. And that is already proven false. Explain Drake, Kendrick Lamar, Quavo, etc.. Overall, complete trash.

It's sad how in this industry, anyone can get a label. Even if they have 0 talent. I mean for gods sake I could make 5x better music than this trash. I don't understand the appeal of this guy. His music is trash and his voice is irritating to listen too. This type of trashy rap, lowers your IQ. If you guys want real Rap Music, listen to Tupac. That's true classic Hip Hop, not this utter trash.

Could go down in history as best album ever his lyrical flow is on point, his voice is music in my ears f the haters kodak dont to listen to them let them motivate u

All y'all folks hating for what 🤦🏾‍♀️

Only decent song is "Save You." How dare he say that he's better than Wayne? Smh! 🤦🏾‍♂️

Throw this song and him in the dumpster

Yo it's good people don't listen to the other reviewers

This music is garbage how can people listen to this

There's only a few songs Like day to day and a few others that makes me give this a 3 out of 5 also the beats was. I've too but besides a few songs the album is not that good

Had some good production but his voice ruins every song. Garbage

Okay everyone on here hatin' on Kodak can hop off like rs you gotta problem w his music then don't listen to it. Its pretty simple.

Kodak got that crack ! He a mini lil Wayne Gucci mane and boosie all in one 💯. Y'all who don't like don't understand music and metaphor. Jus listen for negativity dumb f🤚🏽cks

Hope you get life.

Fück Jacob Sartorious - HE IS A MUMBLE RAPPER

Annfjnsncnsnsnd - All he has are beats.

His lyrics are absolutely horrible, it sounds like he doesn't even try when he raps.

TBH it's not the best thing I have ever heard, but his music is good. Anybody who says his music is garbage or trash probably can't sing worth crap. Kodak Black maybe isn't the best role model, but at least he puts himself out there and doesn't hide behind a screen and hate on other people.

Itoldyouso8 - I can feel my brain cells rotting away.

If there was a song worse than Monday. This whole album is it. And you can throw the guy that wrote it in the trash too.

Well I've gotta say this album could have potential if it was not Kodak and it had completely. different songs with different lyrics and didn't make me want to absolutely kill myself. If I could I would give this a 0/5 but not a possibility. So I'm being nice and rating a 1/5

Honestly, how do people enjoy this? Sorry but there's people out there who make the same thing he does but ten times better.

Idk why people trashing this album , it's really good I didn't expect to like it how much as I do !🤤😆

He don't rap he illustrates, he dont paint pictures he pictures paint

I listen daily to this album

DO NOT LISTEN. Complete trash.

Trash music from a trash person

Why does our generation get off to a good beat and mumbling?

This has to be the worst "rap" music I have ever heard. I wish he would go back to jail. Just for life this time.

Even by hip-hop standards. Dude, stop this and go find a job and some nice friends.

My priorities and my focus has been so off .... I need to regain focus and turn on my tunnel vision.

@Jewel4Trump @PengTingYoonji Look, i get where you guys come from and i went down that rabbit hole too. Please get…

@champagnemayy: Ill admit being young i made some bad decisions heart to big i guess my loyalty got used against me learned to focus on…

Self made... my ambition is strong tunnel vision 365

@WhiteHouse @realDonaldTrump Did anyone ever say law enforcement dies t do anything nice or compassionate.. how tun… 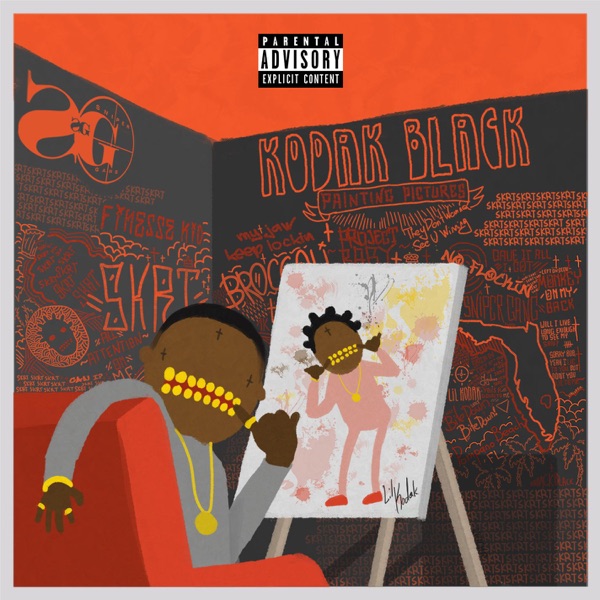