About After Hours (Deluxe) by The Weeknd Album

The Weeknd - After Hours (Deluxe) album info will be updated!

What do you think After Hours (Deluxe) album? Can you share your thoughts and listen experiences with other peoples?

Meh...2 songs are decent. Explains the lack of grammy noms.

He’s in a different element with this one. Solid album from start to finish.

Sby354 - This album is his best album yet

All of the songs are fire!!! There’s not One bad song besides Final Lullaby but Other than that there all good,This album is his best album yet!

The Weeknd is the GOAT of RNB

This album is absolutely perfect in every possible way. The sound, the production, the lyrics, the visuals, EVERYTHING! It’s PERFECT. There is not a single song on this album I dislike or would skip. This album tells Abel Tesfaye’s story. Here’s a quote about the album from a YouTuber, dangelowallace who had very similar views on this album. after hours by the weeknd is an incredible character study of a VERY BAD MAN, who is very SAD, has a lot of money, and even more bad habits. " That is my EXACT same thought and how I would describe the album. The end, stream it. Periodt.

No words, Nothing Compares I'd say it's so far one of the best songs this album has, original can't find this anywhere else. Now a days originality doesn't exist but this is exceptional music of the gods. 👌

Jonathan Raygoza - Album of the year!

I’m a huge fan of The Weeknd, and I’ve waited since My Dear Melancholy for a full album. He’s put in so much work, took his time, and built a huge marketing campaign. The album didn’t disappoint in the slightest. Probably one of my favorite albums ever. After Hours is a masterpiece!

lolelio - Best album of the year

This album is life changing. He uses sounds that you probable had never listen before in a song. His voice goes always perfect with the beat his using.

The Weeknd never fails to deliver....one of the only artists where I like every song on the ENTIRE album!! He killed it 💜💜

thank you for saving us in quarantine

Lonect - Best of both worlds

Abel killed it on this album. He takes the best of his pre-Starboy aesthetic and the pop-infused sound of the Starboy album and mashes them together, resulting in a style that both his hardcore fans and outliers like me can enjoy. This album is a blast to just passively listen to, but when I stop and take in the lyrics as well, I get chills. This album is dark but beautiful, and I find myself coming back to it again and again.

KevyKev561 - This album is hard

The Weeknd is the realness

Best album since Trilogy times. There’s not one song you will dislike. Highly recommended plus it hits differently depending on your mood. XO’TWOD.

love_that_xo - Listen to it more than once

Sometimes when you listen to a new album for the first time we start criticizing immediately because we compare it to older material... so after listening to this album more than once it is amazing.

I LOVE The Weeknd, this is one of my favorite albums. I’ve listened to it about 40 times and it gets better each time. On fire 🔥

FINALLY a decent song is toping the charts. Blinding Lights is truly great.

I get why most wouldn’t like this album. I personally like a few songs from here, but it’s not a bad album. Definitely has sounds from 80s songs which some won’t capture or appreciate. Overall okay album, not his best, but not bad.

I was expecting a lot more from this album :(

But as of today, iTunes says the bonus tracks are no longer available in my country. Hopefully that’s just a temporary thing

Yay I don’t have to hear the remixes anymore

This was a great idea. I wouldn’t want to listen to the actual tracks and remixes at the same time, so separating them was a very good idea.

Phenomenal album, I have been playing it back-to-front since it’s release. The Weeknd has outdone himself. The bonus tracks are just that, a bonus, to this masterpiece of an album. It’s a story, a soundtrack— it’s, dare I say, perfection.

The best song off the album, I’m getting a sense of Drake vibes that mixes this song to perfection.

This gentleman just gets better unreal album ✌️❤️🎶🇮🇪🇮🇪🇮🇪 THIS IS BEYOND THE ULTIMATE BEYOND . THE RAW TALENT SURREAL ✌️

I quite like the music style but his voice sounds like it’s been ‘electronically’ adjusted and a cross between a child and Michael Jackson.

in my view their is only one really grat song on this album blinded lights ..... the rest are very slow but he does have a great voice!!!

@ZayTakes After Hours Deluxe is something special.

The whole album is so good except alone again & too late. .

After Hours - 10/10 Truly an amazing album that received a lot of thought and dedication from Abel and his crew over the last few years. Each song is great and unique in its own way, and it's my AOTY (For the purpose of this thread I'll consider the Deluxe version of the album) .

“My child is perfectly fine” mamn your child listens to After Hours (Deluxe) daily.

1. After Hours (Deluxe) - @TheWeeknd Pure Excellence. This Album is an emotional, vulnerable and honest insight into the Weeknd’s mind and heart. Each song is individually perfect, but when compiled together, they provide an important account of mental health & human nature. .

MADE IN LAGOS Positions That's what they all say After Hours My Turn Deluxe. . 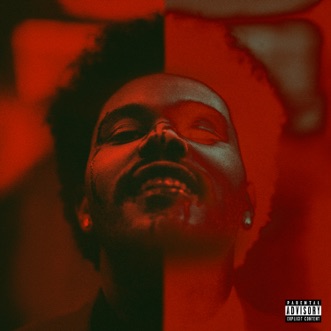